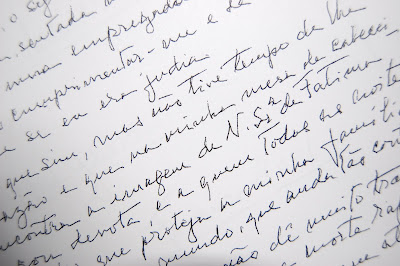 A few days ago I received an email from my father... He had attached a scanned 21-page document hand-written by his mother a couple of years before she passed at age 95. In it, my grandmother, Matilde, recalls the numerous trips she took from the time she was a youngster traveling with her family to her travels as a married woman. A few pages before the end, she started writing about meeting my grandfather... We all knew the story, but seeing it in my grandmother's own writing struck deep into my core and brought back a flood of memories and emotions!! My grandfather, Heinz Feist, was a young jewish salesman from Solingen, Germany. His father, Alfred, owned a cutlery manufacturing company called Omega, and my grandfather would travel all over Europe as a company salesman. Twice a year he would visit Lisbon and Porto, in Portugal. 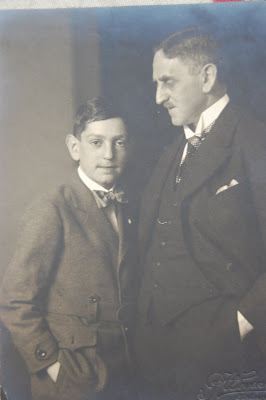 My grandfather Heinz and his father Alfred

In 1930, while on a three-week stay in Lisbon, he attended a Mardi-Gras dance at the German Club, and my grandmother happened to be there, too. She recalls that, at that time, it wasn't proper for ladies to dance with gentlemen they hadn't been formally introduced to, but that night, the club director, wanting the party to be a bit more informal and fun, announced that everyone should consider themselves introduced to each other!!! Heinz went over to Matilde and asked her to dance... They danced all night, song after song!! She said in her long letter that my grandfather announced to her that night his interest in pursuing her... 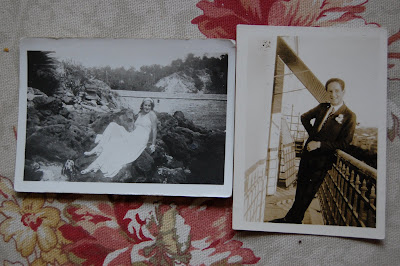 It was late, and as Matilde was getting ready to go home, she realized she had misplaced her handbag. There was confetti everywhere, which made it harder to find... Heinz offered to look for it and bring it to her house the next day, which he did. This is where both of their stories differ: she said he hid the handbag on purpose so he would have a pretext to see her again, and he said she left if behind intentionally so he would come to her house and see her again!! This sweet argument was still going on well into their late years!! After a few years of long distance courtship, they were married in August of 1934. 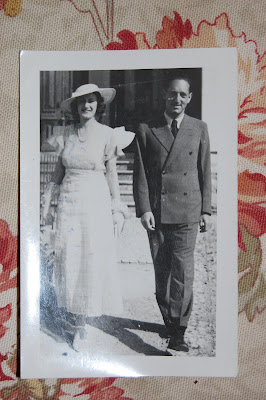 My grandparents on their wedding day


Because of Hitler's rise to power, they decided, after a short stay in Germany, to settle in Lisbon. Heinz was an only child, and eventually his parents left Germany and followed him. Some of his family members had a tragic end, and I still recall stories told about cousins and uncles and aunts hiding from the Nazis. If it wasn't for his decision to settle in Lisbon, I wouldn't be here talking to you... Portugal was considered a neutral country during WWII, and a safe haven for many Jewish people (it was also, due to our window to the Atlantic Ocean, a fairly secret port of departure for many jews who eventually settled in America) 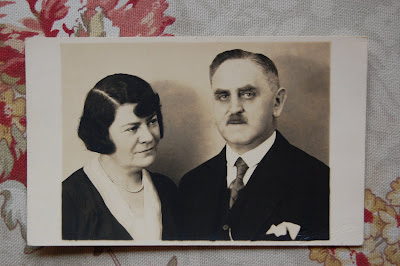 My father was their firstborn. He would be followed by a girl and a set of twin boys. I have very fond memories of my grandparents, as I would often stay with them when my parents traveled. I grew up eating sauerkraut and rote grutze, playing in their piano, and learning cross stitch from my grandmother. Even after almost 60 years of living in Portugal, my grandfather still had a very strong german accent, and, when I worked for the family business, to which he was the patriarch, I still remember him following us around the office turning off all the lights in empty rooms...!! I still have a memo we got from him asking us to utilize used envelopes for internal comunications, and proudly announcing that he had NEVER purchased a paper clip in his life, but simply re-used the ones he had received!!! These life lessons still echo through me to this very day...!! 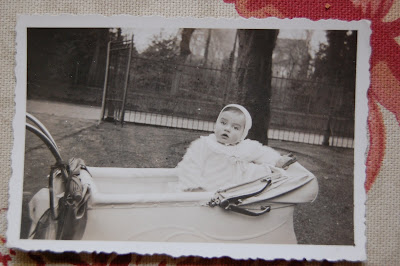 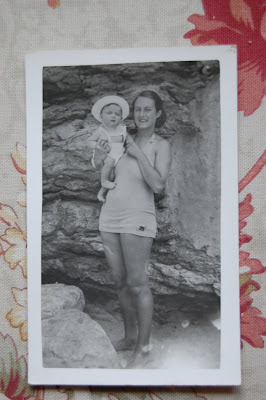 
On the last day of this diary, my grandmother revealed that, even thought she was a devoted Catholic, she had decided, already in her eighties (and with much pressure from her husband), to convert to Judaism, for the sole purpose of being allowed to be buried together with the love of her life in the Israeli Cemetery in Lisbon. She asked that her tomstone read "Jewish for Love".


In 2003, the year my son was born (on her birthday!!), she passed, quietly sitting on a chair, after a Mother's Day lunch with her loved ones. She now lays side by side with my grandfather, who had died 9 years earlier. As she said in her last written lines: "I converted so we could stay together forever, so that no one could touch us, after we died... After all, it is the only religion, I believe, where gravesites are eternal." 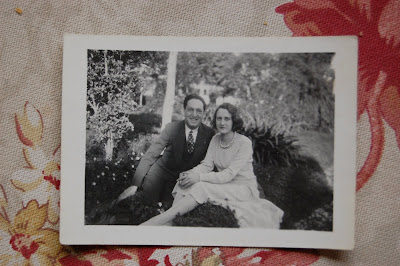 Addendum: on a different note, but in the issue of preserving memories, have you heard of a website called Snapfish? It creates books out of you favorite pictures... Well, today, while I was folding clothes in my bedroom, I had the Oprah show on (pertinently about de-cluttering your home...) and I couldn't believe it when she said that her viewers could log on to http://www.snapfish.com/ and get a FREE personalized book, valued at $30!!! But you have to act fast, you have to claim your coupon before Friday night (then you have until Sunday to complete your book)!! Isn't that an amazing offer? My mind kept going, trying to decide what kind of book to create... In the end, I decided to create a book for my mom with some great pictures of her grandchildren... I think she will love it!!
Posted by Maison Douce at 6:49 PM 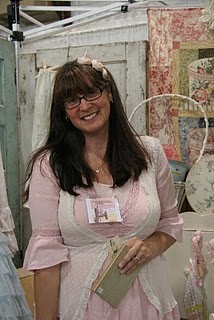